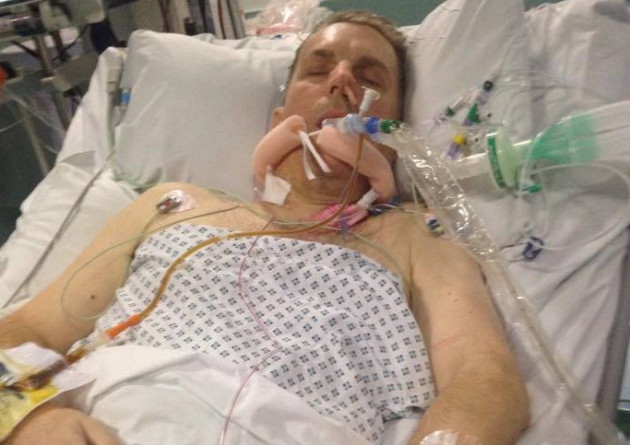 Steve Sillett, one of the many haemophiliacs given contaminated NHS blood that destroyed his life (Image Eastern Daily Press)

We are murdered.
We are soft killed, first by disease, and then when we are not all dead, by economics.
We are ignored. We are deceived.
We are turned on one another.
We are taunted. We are tainted.
We are annoyances. Flies to be swatted.
We are fading.
We are bereaved.
We are forgotten.
We are frightened.
We are cornered.

How will the future see us? What will history say? Will the truth out, once we’re dead? When it matters only to the archivists? Will they talk of eugenics, or of unavoidable mistakes? Will they speak of benevolence and generosity in office, or of finishing the job through poverty? How will our children, and our children’s children remember us?

Are we defeated? Or are we still strong enough to out the truth before history has its chance, and save those who remain?

Where is the compensation for “negligence of public bodies”?

The government has repeatedly refused to compensate haemophiliacs for what Andrew Gwynne, the current Shadow Secretary of State for Health terms “negligence of public bodies” a tragedy which crossed successive governments. The legally PROVEN sourcing of “high-risk” virally infected plasma from prisoners (including drug addicts and those practising unprotected sex that were often beaten and tortured) violated the Nuremberg Code. This is a code of Ethics that came into being after the Second World War following the Nazis unethical experimentation on Jews, gypsies, disabled and homosexuals. The Code formed the principles of modern medical practice in the UK. The treatment of haemophiliacs with “bad blood” also violated points 1 to 10 of the Nuremberg Code leading to long term illness and death.

Lawyers for haemophiliacs advised that “negligence” means haemophiliacs must be compensated. After all haemophiliacs and their families have suffered, the Department of Health under Jeremy Hunt is now set to cut allowances to the community. The majority of haemophiliacs will see a significant reduction in their income, support and additional grants. Widows will be left virtually destitute. In Ireland where haemophilia cases are no different as proven through a Judicial Review won by haemophiliac Andrew March in 2010, haemophiliacs, widows and other family members were compensated fairly through a Tribunal based on loss and need. The British government refuses to address this anomaly. The fight of the sick, dying and bereaved continues…

“Our NHS poisoned me and thousands more. So why won’t they give us the support we need?”