Islamic Emirate: America Chose the Wrong Place for their Fight against Terrorism 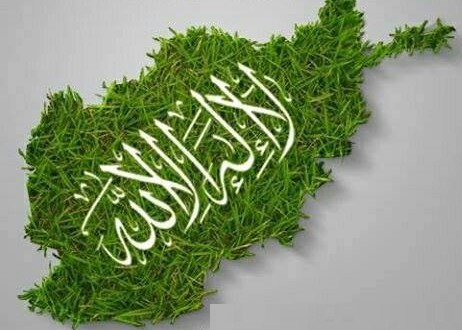 It is time for America and her allies to admit that they made a historical mistake by invading Afghanistan. After over 14 years of occupation, spending trillions of dollars, losing countless lives, and suffering a huge loss of international prestige, America still has nothing to show for their efforts.

The most they can boast is that by making such enormous sacrifices they at least managed to oust the Islamic Emirate from power, although it would still be debatable whether this objective brought about a better alternative in terms of America’s national interests.

The simple fact of the matter is that America completely failed to think out the implications of invading Afghanistan. Given Afghanistan’s centuries old tradition of resisting foreign interference, America should have at least equated for the possibility that it would only be a matter of time before the winds of war came crashing down on them from atop these tall mountains.

The best course of action for America would have been to leave Afghanistan before the going got tough. In the initial years they had a golden opportunity to do so. Having purportedly ousted the Islamic government, and only facing isolated pockets of resistance, they could have completely withdrawn from Afghanistan and left the Kabul regime to deal with the insurgency which grew daily precisely as a result of the continued presence of foreign troops.

Yet unfortunately for them, the Americans preferred easy fixes over long-term sustainability. America quickly brought together exiled and émigré Afghans who had no support inside Afghanistan and were completely out of touch with the locals to the fore in the Bonn Conference.

These émigrés had absolutely no intention of advancing the national interests of Afghanistan or even the interests of their foreign backers. They saw the Afghan war as a financial venture. The longer America was involved in this conflict the more opportunities they had to profit from her. These émigrés shamelessly encouraged a bigger American footprint on the ground despite understanding the grave consequences simply because this larger footprint provided them with more opportunities to cash in on personal contracts.

America initially professed to a very limited military objective. It declared war on Al Qaeda and only fought the Islamic Emirate because they refused to hand over Al Qaeda fighters. After the initial phase of the invasion all foreign fighters had left Afghanistan and thus America could rightly exclaim mission accomplished. Yet Washington allowed itself to be duped by the Afghan émigrés and inadvertently broadened the nature of her involvement by committing itself to completely ridding Afghanistan of the Taliban.

Such an objective was foolish at best because to achieve it would have required nothing short of adopting a genocidal policy towards a large section of the Afghan populace. On top of this the Americans supported a disproportionate government in Kabul which destroyed the delicate ethnic balance of the country and infuriated the local populace by blatantly supporting policies and actions that were abhorrent to the large majority of the conservative population.

After fourteen years of strife America has little to show for her efforts. She is almost unanimously hatred across Afghanistan. She obstinately continues to support a weak and despised government that lacks a coherent approach to its many internal and external dilemmas.

Just like in Iraq, she has no reliable allies in Afghanistan. The politicians in Kabul have no political values or objectives and will serve anyone that provides them with financial opportunities.

Her actions have inflamed the entire region and now America must combat ‘militancy’ on multiple fronts in this region alone.

Disdaining all other alternatives America has now adopted a careless and self-defeating policy for Afghanistan. She knows that the Kabul regime cannot defeat the insurgency and will very likely succumb to the insurgency forces. So she has decided to leave all rural areas of Afghanistan in the hands of the Islamic Emirate but instead is attempting to prevent the fall of large population centers. And failing that, America, as a minimum hope to prevent the collapse of Kabul to the Islamic Emirate’s fighters.

By inducing such a stalemate America hopes that she can at least refute the notion of a complete defeat in Afghanistan and to prevent the ascendancy of Islamists in the region. This stalemate also appeals to the Kabul-based émigré politicians because it keeps America drawn to the conflict and lets their embezzlement schemes flourish.

Yet this face-saving stalemate will come at a prize. The proposed stalemate will turn Afghanistan into exactly the failed-state Americans came in to prevent. As in Afghanistan will become a safe haven to foreign elements of all sorts and colors who will use the power vacuum to advance their regional agendas.

Neighboring countries will support different factions to advance their interests. Rivals will wage proxy wars across its borders. And individual groups will use the country to sow instability across the country and region and possibly to plot attacks across the globe.

A better policy for America would be to admit the futility of is invasion, stop foreign-engineered solutions for an Afghan dilemma, and let the Afghans alone choose their political destiny, albeit one that does not involve continued attacks against American personnel.