Islamic Emirate: The Arg’s change of heart regarding peace 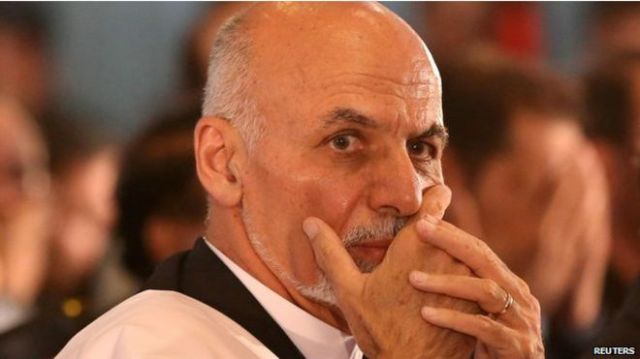 A few days ago the Islamic Emirate’s representatives attended the Pugwash Peace Conference and forwarded their proposals for a genuine peace process. The representatives of the Political Office succinctly stated that the Islamic Emirate is a strong proponent of peace in Afghanistan. However they clarified that like any peace process certain preliminary steps and confidence-building measures must be taken to build good faith between the plenipotentiaries.

The international community as a whole supported the Emirate’s stand on the peace process and approved of its confidence-building proposals to kick-start this process. The free media and the common people of Afghanistan all praised the Islamic Emirate’s policy and method for achieving peace.

The Kabul regime, which refused to officially attend this Conference, sent unofficial individuals to the gathering and there conveyed Ashraf Ghani’s statement that he considered the Islamic Emirate as a political opposition and was willing to reach a political understanding with it.

However over the past couple of days the regime has had another change of heart and reversed its stand on the peace process. The regime’s Chief Executive – Abdullah Abdullah – stated that he neither recognized any preconditions nor was he willing to acknowledge gatherings such as Pugwash. Then Ashraf Ghani’s office published a statement remarking that ‘we are searching for peace through the Quadrilateral Coordination Group framework which had its first meeting in Islamabad followed by another in Kabul and the upcoming meeting will again be held in Islamabad’.

Despite the fact that the Quadrilateral framework is a foreign nations’ initiative – who aim to secure their interests through this framework – and has not set any agenda for peace and nor can peace be achieved through it, yet Kabul officials insist on working with this framework and purport to achieve peace through its means.

The Kabul regime has a direct line of communications with the Islamic Emirate through their representatives in Qatar. Yet the regime convenes foreign powers to find the Taliban. The regime has the opportunity to directly address the Islamic Emirate through conferences such as the aforementioned. Yet they insist on delivering their words through neighboring states. The Islamic Emirate has presented reasonable proposals and confidence-building measures for talks yet the regime persists on addressing regional powers’ demands rather than addressing the concerns of those, with whom they feign to negotiate. It is increasingly becoming clear that the Kabul regime sees no benefit in meaningful talks and only wishes to deceive the Afghan people.

Previously observers presumed that the Islamic Emirate had irreconcilable preconditions for peace talks yet in the Pugwash Conference the Political Office’s representatives expressly stated that they were ready to negotiate with foreign powers on the systematic withdrawal of foreign troops and other matters pertaining to foreign nations’ interests. As for those matters that may be classified as Afghanistan’s internal affairs, then such matters could be resolved through intra-Afghan dialogue.

An exiled entity that has no officially recognized address, whose officials are blacklisted and barred from travel, those members are imprisoned, whose assets are frozen and who are demonized by enemy-controlled media, then how is it possible to negotiate with such an entity without removing these obstacles first?

If the Kabul regime is incapable of removing such meagre obstacles then how can it claim the willingness to reach a far-reaching agreement with its counterpart?

The regime’s inability to address this crisis with the opposition directly and without foreign powers’ presence only proves the Islamic Emirate’s claim that the Kabul administration is a foreign-controlled entity with no independent powers and thus has no right to its claim as an independent government.

The Islamic Emirate has frequently stated that the Kabul regime does not want genuine peace and only uses such rhetoric to appease the Afghan nation. The Kabul regime’s recent statements only add weight to this claim.