“Pakistan: Massacre at Charsadda University as security at an educational establishment is breached once again”

A video appeared on a Facebook page along with a shorter video clip. The first 10 minute 46 second video begins by showing images of young men involved in the Charsadda attack. Mansoor is then seen with 3 armed men with faces covered and 2 other males. The following is a summary and translation giving the reason for attacking Bacha Khan university.

Pakistan is not an Islamic country and as a result we are facing floods, earthquakes and Allah’s wrath. Pakistan has created a parallel law with Allah and also created an army giving rank to individuals from Captain to General etc. Pakistan had created a parallel education system with Qur’an in schools, colleges and universities and deviating from Allah’s ways. We will take them (educational establishments) out one by one.

Mansoor sees democracy as evil and that the legal, military and political leadership use the educational establishments as breeding grounds to develop future generations to their way of thinking. He stated, “with the mercy of god, our attacks on all universities and schools will continue.”

The men are also seen firing differing types of weapons, demonstrating their sills with arms.

These are the 4 young men who carried out the attack 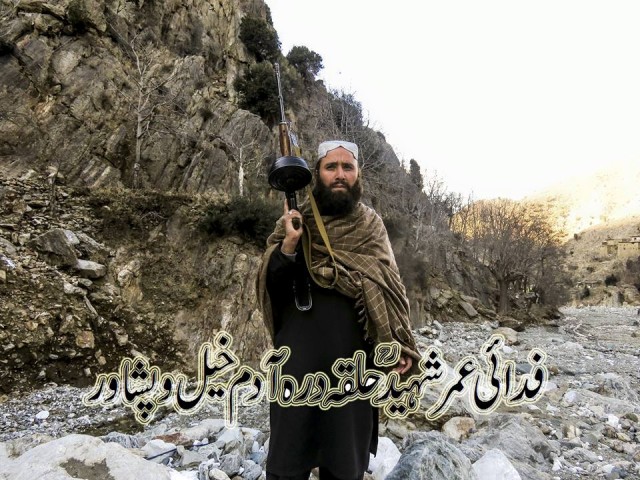 Back in February 2015 Mansoor stated the following,

“My dear respected and honorable brothers! In Pakistan the battle between truth and falsehood has been clear, on one side the Mujahideen are struggling for establishing shariah (law) while on the other hand the slaves of America are fighting for democracy.

On one side there are madrassas (religious institutions) and on the other hand there are schools and colleges.

So in such situation the difference between truth and falsehood is not difficult.

So you stand up in support of truth instead of supporting falsehood.

Let the pakistan’s ruling community listen to it with open ears, the truth can never be subdued by force. Truth is like a strong spring, when the spring is pressed harder then it comes up again with more force and speed. Remember! Due to many reasons we will win this battle from you and you will face a humiliating defeat.”

A second video clip also appeared on the Facebook page,

On second video clip of 2 mins 18 seconds, Mansoor is seen with another male whose face is obscured. He says that there is a security officer on Jamrud road who abuses the local Muslim people by stopping their cars and carrying out search operations. He does not give any regard to old men and women and such. In view of this, this friend sitting besides him has taken it upon himself to rid US of that evil security person. He will defend our honour through blood and sacrificing his life. We all wish him good luck by the grace of Allah. ….

The person is then seen firing a gun

Manoor was also the man who allegedly masterminded the attack on the Army Public School in Peshawar. TTP released a statement after the attack in which all participating men were killed and a video accepting responsibility stating the following,

“yesterday morning the TTP’s special unit MSG (Mujahideen Special Group)
successfully entered to a School under the management of Pakistan Army located
in a high security zone of Peshawar, and killed the army officers and the young boys inside the School who were determined to be part of the Army and their operations in the country and tribal areas.

The attack was under the supervision of the operational commander of TTP and
Ameer (Commander) of Peshawar and Dara Adam Khail, Khalifa Umar Mansoor,
he was in contact and giving instructions to the Fidayeen during the attack.”

“Who is Commander Umar Mansoor?”