Islamic Emirate: Involvement of invaders in Helmand fighting is a new effort to derail peace 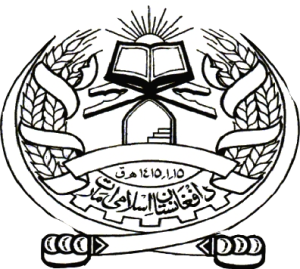 All know that the invaders announced at the end of 2014 that their military mission has ended in Afghanistan. Meanwhile they were asserting that they will no longer participate in military operations and a new phase of assistance and support will begin. Furthermore they were using ambiguous and dubious rhetoric for their new mission. Even at the time political analysts were skeptical regarding the intentions of invaders. They were considering the upcoming phase under the name of assistance and support as a new wave to harass and stain the oppressed Afghans in their blood.

Many Afghans believed and still consider pledges by America as a strategy of deception because on 7 October 2001, the illegitimate invasion of Afghanistan was also not dubbed as military mission but it was covered under the imperialistic names of liberation, re-construction, maintaining security and freedom.

Now the invaders have once again started fighting contrary to their previous promises. They are openly participating in fighting against Mujahideen in Helamand. They are blindly bombing residential areas in Marja district and the brutal American and British troops are sent to the area. These activities of invaders have shaken the miserable Afghan nation because from one side there are hues and cries regarding deceitful peace and on the other hand the invaders have started a new war here. They are even preparing themselves for more fighting. Recently they announced that they would deploy 500 more troops to Afghanistan. Two weeks ago General Campell said in an interview with USA Today that they want to station their troops in Afghanistan for an extended period of time. It shows that America has started new efforts for prolongation of their nefarious occupation.

Afghans are facing frustration regarding peace process because what the invaders say in the evening does not coincide with what they say in the morning. We do not know, it’s surprising; hundreds of thousands of innocent Afghans have been killed during past fourteen years; millions of miserable people were harassed and the invaders are still continuing their atrocities. But on the other hand, they take the first row among peace negotiators; they even want to completely take the peace process in their own hands. On the one hand they are killers who are going house by house killing Afghans and on the other hand they consider themselves as inheritors of Afghans who have the right to control the land and air space of Afghanistan all the while they are also judges who have to decide regarding all our minor and major decisions.

Islamic Emirate of Afghanistan has a clear message to the invaders. Firstly, the Afghan nation has expelled invaders from their blessed land many times over the course of history. They have overcome their imperialistic plans and strategies. This is the reason that the current invader is also facing defeat. Secondly, the Afghans are not a threat to anyone including America and have no intention of enmity and fighting with anyone rather our goal is to defend our soil. Thirdly, no other system is acceptable to the Afghans except for an Islamic system. In short the end of occupation and establishment of Islamic system is peace as well as the solution in itself. Similarly it embodies security, stability and aspirations of the Afghan nation.