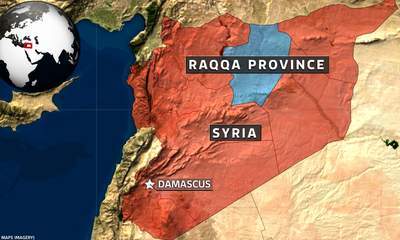 A militant from Islamic State Ali bin Uqbah bin Shaheen bin Usud al-Saqr has released a statement denying the public execution of his mother Leena Abdul-Hamid. (Not Leena al-Qasim as stated in some media). The press release posted on social media could not be independently verified.

The New York Times reported the man had allegedly “killed his own mother in front of a post office in the northern Syrian city of Raqqa this week” and claims were made that she “she tried to persuade him to leave the extremist group”.

In the name of God, Most Gracious, Most Merciful.

God Almighty says:
“O you who have believed, if there comes to you an unrighteous person with news, you should verify it, lest you harm a people out of ignorance and become, over what you have done, regretful.” [Surat al-Hujurat, verse 6]

The prophet (peace be upon him) said: “It’s enough of a lie for a person to narrate everything they hear.”

I hereby say: The fabricated news shared by the media/press -that I executed my mother- is a baseless lie, I was shocked when I heard it on the TV.

If I was the one who has killed his mother, I’d boldly tell. Why? Because someone who is willing to do such a thing, won’t be embarrassed to admit it.
But it’s not surprising that the anti-Islam media is telling lies all the time.
Al-Arabiya broadcasted a report on me, accusing me of killing my mother, I was sleeping during that time.. Where’s their evidence? Do they even have any? Where did I kill my mother and how? And was her encouraging me to leave the Islamic State (if she ever did that) an enough reason (in Sharia law) to kill her or to make Takfir on her? Who was the *reliable source* of these lies? and how did you, O’ criminals, share the news without verification?
It just proves your enmity and hatred for Islam & Muslim.
And here and now, I renew my ba’yah to the Islamic State, so die in your rage!

An account by the name of A Ibrahim that posted the statement tweeted further updates,

“My mom is Alawite. She’s compelled to do istitabah (repentance), &will be released from detention soon insha’allah”