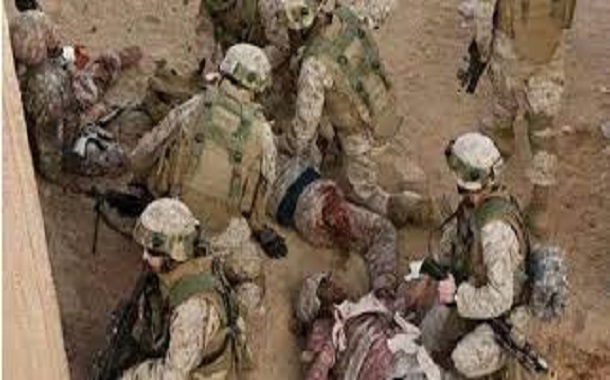 PARWAN, Dec.21 – Al-Emarah News said Monday at least 19 US aggressors were killed in a vehicle-borne martyr attack near Bagram base in northern Parwan province in the early afternoon hours of the day.

Zahidullah, a fearless Mujahid part of the martyr unit of the Islamic Emirate slammed his motorbike filled with explosives near a large number of the US invading troops gathered near the Bagram base, blowing as many as 19 American invaders to bits and leaving several others wounded.

Soon after the attack, the US attack and ambulance helicopters arrived at the scene to transfer the dead and wounded and the area was cordoned off.

Needless to say the US makes every attempt either to deny or keep a lid on such reports or their fatalities to pull the wool over the nation’s eyes so as to make it appear as if the US invading troops are never at war, that is, not engaged in any of the armed conflicts whereas the US-led forces suffer fatal losses across the country in such attacks, bombings and firefight with Mujahideen combatants.