(Image via The Nation)

“Kurram is one of the most sensitive tribal areas as it borders three Afghan provinces and at one point was one of the key routes for militant movement across the border. It has witnessed scores of such attacks and kidnappings for ransom incidents in the past several years.

The agency is adjacent to North Waziristan where Operation Zarb-i-Azb is in progress against the Tehreek-i-Taliban and other insurgent groups.”

Ali Hussain, familiar with the region, said, “Parachinar bleeds again, Parachinar is paying price for safeguarding strategic depth! The “guests” need to be shifted somewhere else or it will continue to bleed.” 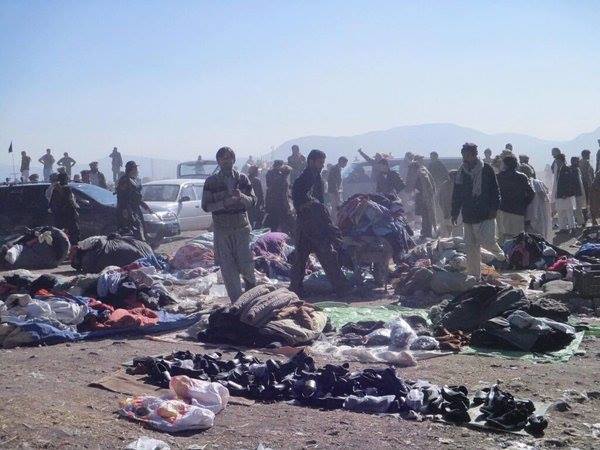 “My tribe, my people, the poor are again bathed in blood.
View of second hand cloth market in Parachinar where the bomb went off. Killing 11 injuring 37.” 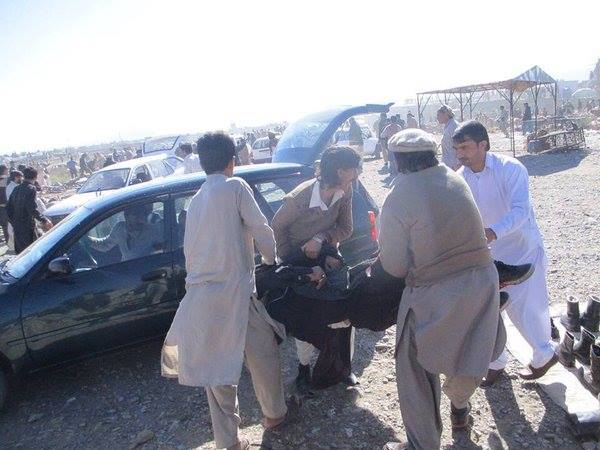 “Till this continues in FATA , Pakistan is a messed up state. No ambulance or any other Govt Aid assistance at the blast spot, just locals tribal went out to the blast spot to help and played their due role to take the wounded persons to the hospitals in Peshawar and Parachinar.”

A doctor at the District Headquarters Hospital where victims were taken informed AP that most of the injured were in “critical condition” and the death toll was expected to increase.

The carnage at #Parachinar shows we are not out of woods & still a lot has to be done. A tragic episode. #ParachinarBlast

Some tweeted under the hashtag #StopShiaGenocide

Killing anyone in the name of religion is the most deplorable act. #ParachinarBlast

Blast happens in #Parachinar and #ShiaGenocide trend starts. What about those going from #Parachinar to kill Syrian children?

According to Naushad Ali Afridi, Parachinar was due to be visited by a reform committee aiming to merge it into Khyber Pakhtunkhwa along with Bajaur Agency on a pilot basis. Threats are ongoing and attention has been paid to upgraded security in KP. Imran Khan tweeted, “strongly condemn the bomb blast in Parachinar which took away the lives of so many innocent people and injured a large no as well.”