Today at 4:00 pm at Abdulhaq Square in Kabul, members of civil society join together in peaceful protest to dedicate flowers and hold a candle light vigil as they ask for justice and accountability for the Wardak Nine” a group of civilians allegedly killed by the Afghan National Army.

Ali Latif a journalist based in Kabul highlighted on Twitter,

“they want justice for those children. Not any official response received yet”

“Wardak attack on civilians is a heinous crime. Perpetrators shall be brought to justice and must be punished.we want perpetrators to be punished. Killing civilians is a ‘war crime’ Afghans have come together to show their solidarity with Wardak Nine. We have got ‘common sorrows/pains’. I am a Hazara-Pashtun, I want justice and security. We all have been the victims of war & terrorism.”

Double standard!!! No coverage of the peaceful protest about the tragic #WardakNine incident and loss of human lives by @TOLOnews as of yet. 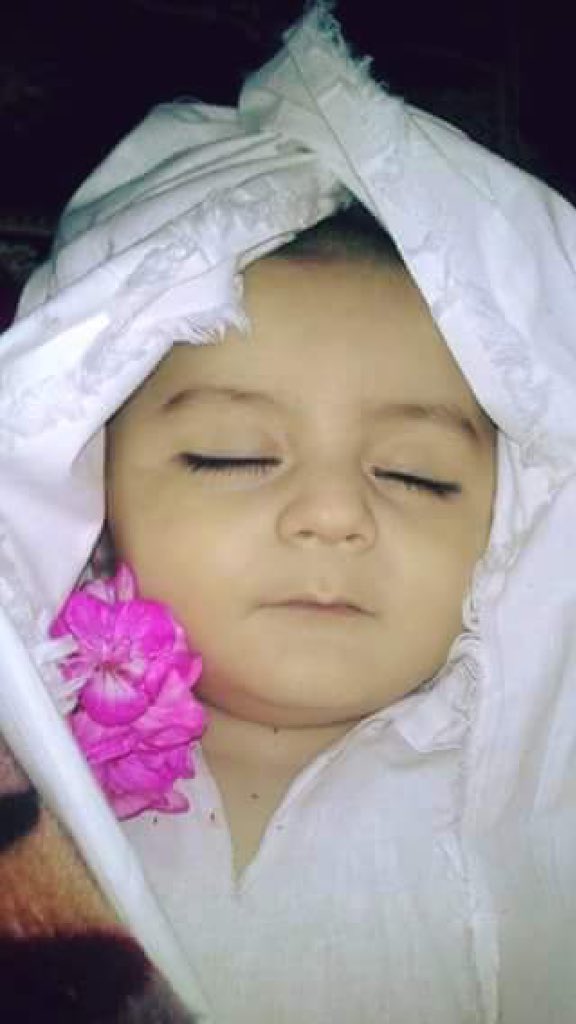 This is one of the children who was killed by ANA mortar in #Wardak province. #WardakNine (Afghan News)

I was first aware of the incident via Islamic Emirate of Afghanistan on 4th December 2015 when they released a statement saying, “the Islamic Emirate strongly condemns this crime of the Kabul regime and views it as a clear illustration of their brutality and merciless nature towards the common people.” They also stated, “we demand all humanitarian organizations and claimants of human rights to prevent occurrence of such intentional killings and attacks.” Full statement can be read here,

Mullah Mullah Akhtar Muhammad Mansour made his comment via audio statement released today where he sent “deepest condolences to families of children martyred in Maidan Wardak province by enemy forces” and said that the “Islamic Emirate was established to wipe tears of such victims.” 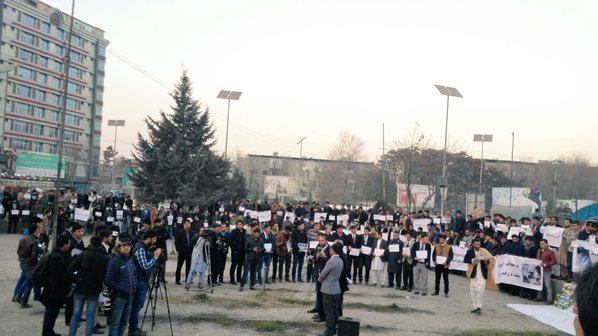 United in protest (Image via mmodaser)

KABUL, 6 December 2015 – The United Nations Assistance Mission in Afghanistan (UNAMA) condemns the recent killing of nine civilians when explosive ordinance was fired into the village of Shahi Khil in Wardak.

Initial information indicates that the casualties resulted from the impact of a shell fired by the Afghan National Army. Four boys were among the nine killed in the 4 December incident and at least three other persons were injured near a mosque in the village.

UNAMA reiterates its call for all parties to the conflict, including pro-Government forces, to cease firing explosive weapons into civilian-populated areas and urges the Government to prioritize the development and approval of a national policy on civilian casualty mitigation backed by an action plan with concrete objectives to prevent civilian casualties in the conduct of hostilities.

The UN Mission expresses its sincere condolences to the families of the victims and a speedy recovery to the injured.

“We want perpetrators to be punished” (Image via Muhib Shahdan)

Suneengel (Sune Engel Rasmussen) reporting from Kabul for Guardian, the Economist and other publications referred to the Wardak Nine incident on Instagram, stating,

“it is mistakes like these, committed by both Afghan and international troops, that undermine the legitimacy of the Afghan government. Why, many Afghans ask, would we risk our lives for the government when it fails to keep us safe anyway? That lingering question is probably the main reason the Taliban are still strong today, more than 14 years after the war began.”

As the sun set in Kabul, a couple of hundred people gathered in Abdul Haq Square to protest yet another senseless #killing of innocent #civilians. On Friday, soldiers of the Afghan National Army armed with rockets mistakenly killed nine #children playing in the sun outside a village mosque in #Wardak province. The president has appointed a delegation to investigate the incident but families want #justice now. It is mistakes like these, committed by both Afghan and international troops, that undermine the legitimacy of the Afghan government. Why, many Afghans ask, would we risk our lives for the government when it fails to keep us safe anyway? That lingering question is probably the main reason the #Taliban are still strong today, more than 14 years after the war began. #kabul #afghanistan #protest #demonstration #civilians #war #fighting #army #everydayafghanistan #everydayeverywhere

Candle light vigil in solidarity with #WardakNine in #Kabul

Government must investigate and ensure justice

There is mounting pressure for the government under President Ashraf Ghani to ensure that a thorough, transparent and independent investigation is carried out regarding the Wardak incident. This should be standard procedure for ANY civilian killings. Human rights organizations have highlighted gross human rights abuses but express quietly that they are reliant on openness and goodwill from the government to respect and uphold international human rights law including legislation covering areas of conflict which is often not forthcoming.

According to TOLO (who mentioned the civil society protest in Kabul in just over one line in their recent article covering UNAMA statement on Wardak Nine) the government has responded as follows,

“The president has assigned the ministry of defense to appoint an investigative team to probe the incident so that proper decisions are taken on the basis of the findings and to hold those responsible accountable,” Sayed Zafar Hashemi, deputy presidential spokesman said.

“Whether it was a mistake or deliberate. It is too early to comment on this, but responsible elements will be punished,” Dawlat Waziri, a defense ministry spokesman said.

Only weeks ago, medical staff and and their patients were burned alive when US forces bombed a hospital in Kunduz. Civilians are often killed in US drone strikes. Its no wonder there is little faith left in the government as despite promises there appears to be a great reluctance to address unlawful killing and the wounding of civilians. If action is not taken soon, justice served and compensation payments provided, the next protest on the streets is likely to be for a change of government or perhaps even the entire system.

“Kunduz: Hospital had complained of threats from Afghan Special Forces in July, a full and independent investigation into bombing is essential”

“Drones kill any chance of peace in Afghanistan”