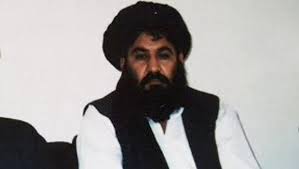 Some media outlets published reports today from the mouths of Kabul intelligence circles that the leader of Islamic Emirate, Amir ul Mumineen Mullah Akhtar Muhammad Mansur (may Allah safeguard him), was attacked and wounded in Kuchlak region of Quetta city yesterday. We categorically reject this fabricated claim of the enemy intelligence apparatus…

Our credible sources state that Amir ul Mumineen has no presence in the stated area and neither has a security incident occurred their. The enemy falsely claimed that the incident took place in the home of a commander named Mullah Abdullah Sarhadi, that despite the fact that his home is not even based in Kuchlak region.

Mujahideen have made many advances inside the country recently. The enemy merely wants to draw attention away from their failures with such fabricated rumors.

We request all independent and unbiased media outlets to stop damaging their reputations with the publication of such unfounded reports. They should always contact and turn towards the spokespersons and official sources of Islamic Emirate in such matters.