Islamic Emirate gives sacrifices to protect Life, Property and Dignity of its People 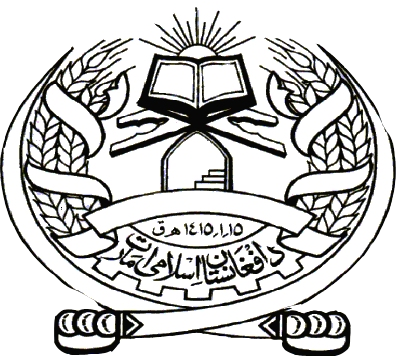 Twenty two years ago on 24 June 1994, the Islamic Movement emerged under the leadership of late Amir ul Momineen Mullah Mohammad Omar Mujahid (May Almighty Allah bless and have mercy upon him) with the consensus and support of Islamic Scholars. The aim was to prevent massive corruption, fiefdoms and unscrupulous militias and to protect venerable Afghans from their harm, oppression and atrocities prevalent then. Later on, late esteemed founder was given the title of the Leader of the Believers in a big ceremony in Kandahar where a number of Islamic scholars gathered from different parts of the beloved country.

Many witnesses of that juncture of time are still alive who remember fighting, anarchy, plundering and tragic immoral incidents. Their hearts are still full of grief because of the tragedies seen at that time. The nefarious government of communists was toppled on 28 April 1992 but aspiration of people to establish an Islamic system was not realized still more, unity and fraternity among Muslim Afghans were at risk. All the country including the capital Kabul was entangled in an unjustified war for personal power and sway. The sacred objectives of holy Jihad were not fulfilled and hope for the obtainment of the lofty objective of one and a half million martyrs and Mujahideen turned into desperation.

Islamic Emirate obtained confidence of the Afghans in a very short period of time and folded the blanket of evil and corruption. Islamic system was established in vast area of the country; life, property and dignity of Muslims were protected due to the grace of Almighty Allah and full support of the Muslim nation. Social justice was established, cultivation and business of drugs was completely banned and a peaceful and stable atmosphere was maintained in the country.

During the second phase, Islamic Emirate waged Jihad against invading brutal forces. Enemy forces faced a crushing defeat due to the great blessings of Almighty Allah and enormous sacrifices of Mujahideen. The Jihadi caravan is reaching its destination if Almighty Allah wills and once again, our beloved country is in the phase of restoring freedom and independence. Today, the Islamic Emirate is entering into the second phase of its glorious history. The Muslim nation is eagerly awaiting the moments of the establishment of Islamic system and victories of the Muajhideen have buoyed up people’s hopes.

The glorious pages of the history of Islamic Emirate are lying before the entire nation. Everyone can take a glance at it. Mujahideen of the Islamic Emirate are famous in piety and sincerity among people. They have the honor to preserve life, property and honor of the people. They are considered as a symbol of peace, stability, chastity and honesty – a tested remedy for the elimination of corruption, plunder, evils, immorality and have good record of women’s respect. Characteristics of Islamic system are apparently evident in it if we deeply study twenty two years history of the Islamic Emirate.

As some media outlets and organizations which are financially supported and encouraged by invaders and their allies are propagating against the holy Mujahideen of Islamic Emirate by leveling false allegations and accusations are in fact openly disgracing themselves and harming their own credibility. Such kinds of fake and futile propaganda is boosting up the legitimacy and truthfulness of Islamic Emirate. The entire nation especially the honorable people of Kunduz are testifying in favor of the innocence and decency of Mujahideen. These accusations are not only an affront against the Islamic Emirate rather it is an inexcusable oppression to Afghan Mujahid and honorable nation. This is not only the victory of Kunduz, every day Mujahideen are conquering areas across different parts of the  beloved country but praise be to the Almighty Allah that no one has noticed such awful acts to blemish its glorious history. The enemy is making such fake and futile propaganda only to hide their disgraceful defeat and to distract attention of the people. Even, they know well that there is no room for immorality, indecency, robbery and plunder in the dictionary of the Islamic Emirate.