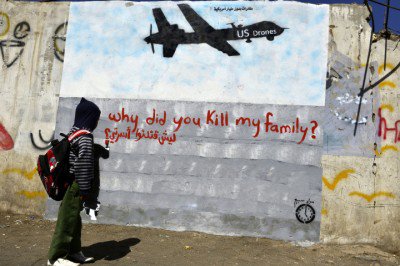 Commenting on leaked information about the U.S. drone program published by The Intercept:

Faisal bin ali Jaber, a Yemeni engineer whose innocent family members were killed by a U.S. drone, said: “I read that the Americans have very little knowledge of the innocent civilians they are killing in Yemen. This is no surprise to Yemenis. For years, we have been confused by the sharp contrast between what we see with our own eyes and what the US government tells the world. Slowly, the whole truth will come out. I hope that my American court case will help that happen. But how many innocent Yemeni men, women and children will die before it does?”

Joe Pace, Reprieve US lawyer for Mr al Jaber, said:
“We were told that the drone program was “safe” and “effective”. When we raised concerns with the Administration that it was anything but, we were told “trust us”. These leaked reports confirming the staggering inaccuracy of the U.S drone program may be news to the American people who have been lied to by this Administration, but there’s nothing revelatory for Mr. al Jaber or the millions who live under constant threat of U.S. drone strikes.  Mr. al Jaber and countless others have witnessed their loved ones literally blown to pieces based on a toxic combination of garbage intelligence and U.S. indifference to foreign lives.  All he has ever asked for is a simple apology and an explanation. It is unacceptable that he has had to file a lawsuit to get such basic relief. And it is absurd to think that we are making ourselves safer by terrorizing the people of Yemen from the skies and withholding any accountability when our drones kill innocent people.”