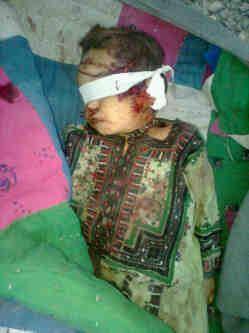 Human rights organizations and media both national in Pakistan and international are failing the people of Balochistan due to their lack of reporting on abuse, kidnapping, torture and “kill and dump” policies of the state with regard to this region. Where there is a will unfortunately it is extremely difficult to find a way as state authorities block access and there is harassment of media to prevent exposing that the line of ethical behaviour is repeatedly being crossed.

The security situation is tense and violation of human rights is growing worse since the start of military operations in Awaran against an ongoing insurgency, those fighting for independence from Pakistan and for Balochistan to be recognized in its own right. As well as locals, journalists are frequently under attack, back in September 2014, Raza Rumi reported,

“there is a dark history – and an equally murky present – when it comes to journalists working in Balochistan. Since the reawakening of the Baloch separatist movement after the murder of Nawab Akbar Bugti in 2006 and the subsequent security operations, the security situation in the province has deteriorated – with journalists being at the center of this conflict.”

The BBC did manage to report the following in February 2014 after the discovery of a mass grave in the village of Tutak near Khuzdar in Balochistan province, they stated,

“the Frontier Corps, the anti-Shia group Lashkar-e-Jhangvi and other groups are all enmeshed in a decade-long campaign of “pick up and dump” in which Baloch nationalists, militants or even innocent bystanders are picked up, disappeared, tortured, mutilated and then killed.

The army, paramilitaries and the government have consistently denied being responsible for violence in Balochistan, pointing instead to the myriad of armed groups operating in the region.”

Recently I reported on the start of military operations in Arawan and the difficulty of campaigners entering the region to report,

“Balochistan: What is going on in Awaran? Campaigners claim no access for media during military operations”

B.S.O Azad is “a political organisation, which is struggling for Baloch rights.” They state, “the main objective of BSO-A is to struggle for the Baloch national liberation and the restoration of independent and sovereign Baloch national state.” The organization have now released the following statement on 7th September 2015 to draw attention to serious concerns regarding treatment of civilians with the hope that human rights organization and media will pay attention and investigate their claims, see following,

The BSO Azad spokesperson condemned the state forces’ operations across Balochistan province in the strongest terms. The state forces are continuing full scale military operations in Raghai area of Besima and large numbers of Baloch people are being killed; including infants, children and unarmed civilians. Continuous State Forces military operations are underway throughout several other areas of Balochistan as well; including Mashkay, Turbat, Besima and Dera Bugti indiscriminately destroying homes and killing people.

The State Forces in Balochistan have no consideration for human rights and have completely disregarded international laws of war. They are using ground and aerial power to target innocent civilians and unarmed Baloch youth in communities across Balochistan because the Baloch freedom movement has strongly opposed the occupier state’s investment agreements with China and other foreign countries. To counter the opposition from the Baloch 0masses; the State Forces are committing acts of genocide.00

The BSO Azad spokesperson said that although the state forces have consistently breached human rights treaties, the UN and international organizations remain surprisingly silent.  The state and their forces in Balochistan are obligated as members of the UN to abide by the laws of war and respect the UN treaties regarding human rights.  Despite Pakistan’s position in the UN; in the military operations in Balochistan, state forces were directly involved in abducting and killing young children.

The BSO-Azad spokesperson additionally stated that it’s a contradiction of their professional duties if the international human rights organizations and independent media continue to maintain an attitude of silence regarding the occupier state’s acts of genocide in Balochistan; they have an obligation to condemn the state forces who are responsible for killing of young children; and raise their voices to take an effective role against the state’s violations of international laws of war in Balochistan.

“Graphic, Bloody Balochistan in photos, some of this weeks alleged abuses”

“Over 8,000 suspects arrested in Balochistan this year”