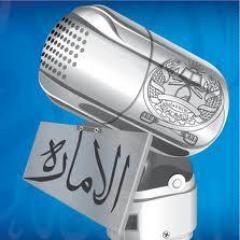 Here we present to our readers the English translation of an interview conducted by Zabihullah Mujahid, spokesman of Islamic Emirate of Afghanistan, with Afghan Islamic Press news site answering several important questions lingering in the minds of many Afghans and people worldwide.

AIP: Following the passing away of Mullah Muhammad Omar Mujahid, some former and current high-ranking officials declared their opposition to the new leader. What are the reasons behind this disagreement?

Internal disagreements and difference are found and arise on various subjects and are a common feature in every movement or system. The passing away of the late Amir ul Mumineen Mullah Mummand Omar Mujahid (RA) and the selection of his heir was an important issue and a major transition. So it is entirely possible that some colleagues would have found this process extremely burdensome and tried to let their feelings be known through the media while it is also cannot be ruled out that some malicious circles might have tried to deliberately instigate a campaign to divide the Islamic Emirate. However we currently believe that these disagreements are being answered to and the problems are moving towards a resolution.

The respected leadership of the Islamic Emirate and especially his excellency Mansur Sahib are determined to listen to all the reasonable objections of individuals and are working hard for their conciliation and integration.

Another thing to touch upon is that despite their small number, all the disillusioned brothers who are standing with the opposition are not actually united upon a common point rather each one has his own objection.

But now that the issue of the new leader has been resolved and the Emirate has once again stood on its feet due to most of the people having pledged allegiance therefore it is hoped that the rest of the brothers will set their minor trivial differences aside like how many already have and the Emirate will also exert further efforts for their complete satisfaction.

AIP: The head of the Political Office resigned after announcement of the new leader and has yet to declare his allegiance to him, has Tayyab Agha left the Islamic Emirate?

Without a doubt that the respected Tayyab Agha has shouldered a lot of pain with the Emirate and has served admirably. As for him voluntarily presenting his resignation then he must have thought it was appropriate. However we still consider him a member of the Islamic Emirate, his colleagues are working hard to take advantage from his experiences and we do not see any barrier which Allah forbid, would make him turn his back on this distinguished front of Jihad. He has also stated in his resignation letter “I will resign as the head of the Political Office but will continue working in an individual capacity with the Taliban”.

AIP: Has the resignation of Sayyed Tayyab Agha had an effect on your relations with the government of Qatar and the world?

Our policy does not revolve around individuals but is based on concrete goals and sound politics. The international community and world countries undoubtedly need to retain their relations with the Islamic Emirate in this framework. The Political Commission similarly has its own official guiding principles and such principles are not suspended with the shifting and moving of individuals. Another point is that the respected Tayyab Agha was accompanied with a large operational team of the Emirate who are still busy in their activities while Agha Sahib will also be helping them along the way as he so has stated himself.

AIP: The situation seems pretty normal at the moment as compared to the initial days. Can you state what actions Mullah Akhtar Muhammad Mansur has taken to quell the unrest of the oppositions? and what are its results?

His excellency Amir ul Mumineen Mullah Akhtar Muhammad Mansur has been practically leading the Emirate for the past 6 to 7 years. Each high and low ranking official got to know him personally and all of them put their trust in him. It was comparatively easy for him to take leadership and control of this caravan. That is why the Shura (leadership council) and scholars backed his leadership.

– In his initial sermon, he forgave all of the opposition and called for brotherhood and joint efforts.

– He did not hide anything in his actions, gave all decision powers to the shura and scholars who in return forced him and pledged their allegiance to him as their leader.

– He did not close any doors on any opposing brothers but continuously met and tried to reach an understanding with them. He answered every sour disagreement with a gentle response and that is why most understood his reality and pledged their allegiance to the Emirate.

AIP: Mullah Akhtar Muhammad Mansur ordered continuation of war (Jihad) to his followers in his first sermon. This was interpreted by many as an end to the talk process, is this true? If you do however believe in talks, has your policy of not meeting with the Afghan government changed?

The doors of indirect meetings with the enemy in regards to independence of Afghanistan and end of occupation were and still are open.

And continuation of Jihad has always been our policy. We have never announced the end of Jihad and neither are there yet any reasons present which annuls the obligation of Jihad. The occupation has not yet ended nor has an Islamic government been established nor is the country independent.

We have had a policy of non-interference since the rule of the Emirate. We wanted embassy relations with the world, ambassadors were sent to countries which recognized us officially and efforts were made to establish relations with those which did not.

We have not asked anyone from outside of our country to pledge their allegiance to us but if they do so due to their own affection then we have no religious grounds to reject their pledge rather we must respond reciprocally to their affection.

But this does not mean that our soil can be used against anyone else without our knowledge. It is a need and necessity of our time to not make the world our enemy and foolishly increase the allies of America with our policies. It is wisdom and necessity that the outside world does not feel threatened by us.

AIP: The group ‘Islamic Movement of Uzbekistan’ declared their allegiance to Daesh in a video. It is said that this group is based in Afghanistan. If they are in Afghanistan, would you be able to tell us what flag they operate under? how are their relations with the Taliban?

As for them being based in Afghanistan then this is a false presumption.

Those who are waging Jihad in Afghanistan are doing so under the flag and policy of the Islamic Emirate.

People under the name of Daesh are currently only operating in one or two districts of Nangarhar who are mostly Pakistani nationals with a very small number of young locals. They cross over the border from Pakistan and there is no one else operating anywhere under this name in Afghanistan.

AIP: What were the results of meetings between Taliban delegates and some members of the Afghan community in Norway and Qatar?

The policy of the Political Commission of Islamic Emirate is to openly communicate their policy everywhere and to everyone so that people are not left to study us through media propaganda.

All in all, the Islamic Emirate was able to properly communicate its message and policy to the world and Afghans and this was its result.

You are aware that our Mujahideen are physically at battle in all the provinces of the country and the provincial Jihad in-charges are all in their respective areas too. It seems that some brothers due to necessities might be utilizing the geographic makeup of the neighboring countries but this certainly does not mean that our members are their due to someone’s formal invitation. That is why some of our key personnel are imprisoned and some have even been martyred in detainment.

Many Afghans who had worked with the Taliban government were forced to migrate to relatively safer places due to the American criminalization. Naturally migration to countries which are geographically and culturally similar will be the first in line and which have been hosting Afghan refugees for the past three decades.

Therefore if the border regions of such countries are used due to a necessity that certainly does not mean that someone has granted us a free passage and opportunity.

AIP: Exactly whose decision was it to hide the passing away of Mullah Muhammad Omar Mujahid? and what were its advantages to the Taliban?

The family of Amir ul Mumineen (may Allah have mercy on him), the responsible personnel of Islamic Emirate’s Judiciary and some members of the leadership council including the leader decided on this matter together. Its positive effect was that there were some critical matters and conditions of that time which could have been exacerbated with the announcement but all praise is due to Allah, we have now come out of that phase.

AIP: If the Afghan nation were to say that Mullah Muahmmad Omar had passed away in the initial years of the American invasion or were to declare that he was imprisoned or that he never existed, how will the Taliban prove that he commanded the war for 12 years and he was the leader of this nation?

Amir ul Mumineen was physically undertaking military activities along with several of his commanders for one year following the American invasion. He then began issuing audio statements to the Shura due to security reasons which are still present with the concerned members of the Emirate and some have even been published online. On top of this, written letters were sent to the leadership and messengers also made rounds, so would there be any need for more witnesses?

AIP: As for the final question, until what goal will the Taliban continue their struggle and war?

The goal of the Islamic Emirate is very clear; the expulsion of all foreign troops, independence of the country and implementation of an Islamic system in the country.

Carol AnneGrayson is an independent writer/researcher on global health/human rights/WOT and is Executive Producer of the Oscar nominated, Incident in New Baghdad . She is a Registered Mental Nurse with a Masters in Gender Culture and Development. Carol was awarded the ESRC, Michael Young Prize for Research 2009, and the COTT ‘Action = Life’ Human Rights Award’ for “upholding truth and justice”. She is also a survivor of US “collateral damage”.