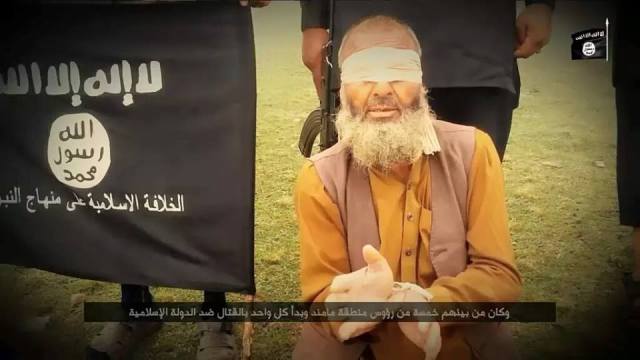 Still from IS video shows captive before being blown up

A graphic new video has emerged claiming to be from Wilayat Khorasan, Islamic State (IS) in Afghanistan, Pakistan. It shows the digging of shallow graves  set with explosives. The ten men are alleged to be Taliban supporters, “apostates” who worked to expel IS from Afghanistan. They are led to hilly grassland where they are made to kneel, blindfolded and set in a line. The film which could not be independently verified shows the men blown to pieces and close -ups of shredded body parts.

Jabhat_ Al_ Izz who posted the video on Twitter criticised the actions of IS stating,

Everyone should see with their own eyes this brutal crime b4 It is deleted. Ppl who support or make excuses for IS I have nothing 2 do with

“For those asking me are you sure those were Taliban members. The IS video says ‘sahwat’ of taliban and tribes who expelled IS from Nangarhar”.

Khurrassan new video: blown up 10 people in revenge of killing of #IS fighters on 22nd Ramazan

Since the announcement of the death of Islamic State Emir Mullah Omar and new appointment of Mullah Akhtar Mansoor there are claims that IS are taking advantage of any splits and recruiting former Taliban to their ranks, see following link, 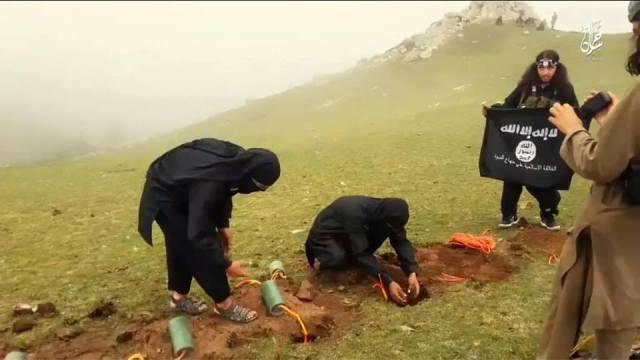 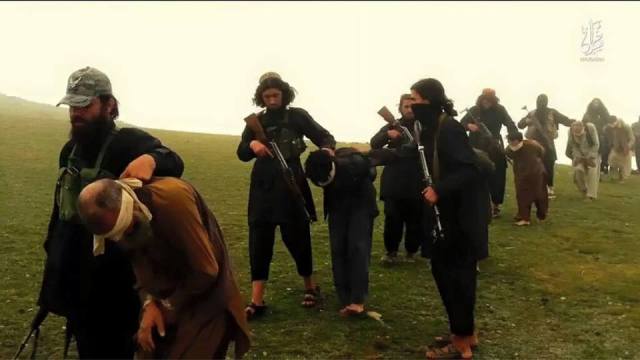 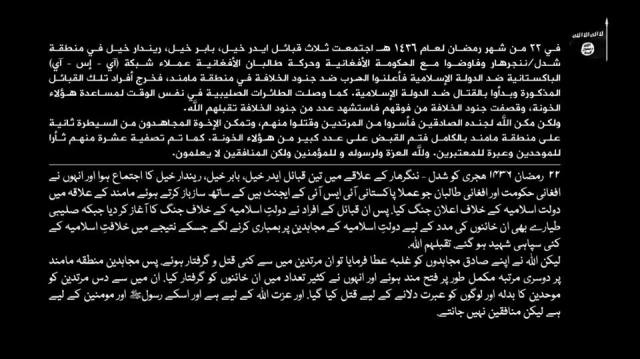 Photos are stills from IS video

“Are IS gaining a foothold in AfPak”

“Who is Mullah Akhtar Mansoor”