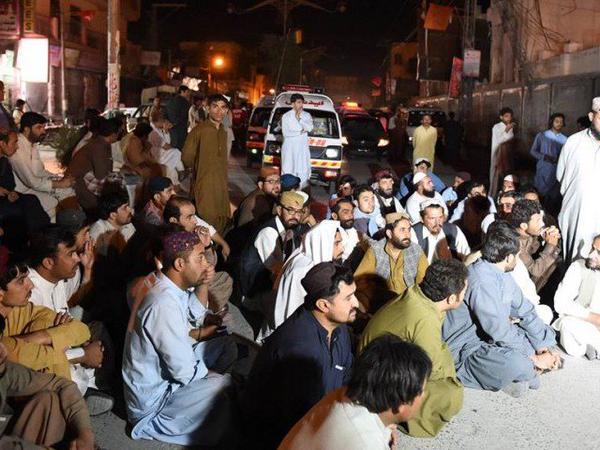 Bus passengers on their way to Karachi, Pakistan could not have imagined how their journey would end. Around 15 armed assailants succeeded in stopping 2 buses in the Mastung region of Balochistan around 40 miles south of Quetta and remove 25 people after checking national identity cards. DAWN media reported Balochistan Home Minister Mir Sarfaraz Ahmed Bugti who said, “the armed men killed 19 of the passengers after taking them to the nearby mountains…. the attackers were wearing uniform of security forces.” Five persons were later freed.

It is unclear who carried out the attack on the travellers who all came from Pishin and Quetta or the motive. Mastung Levies Force, Frontier Corps, Balochistan Constabulary and police are all involved in the hunt for the killers. Separatists have been waging an insurgency in Baluchistan for more than a decade, there are allegations of abuse by state agencies with persons regularly discovered missing or dead with signs of torture. Balochs also raise concerns that the area’s natural resources are being exploited by outsiders with little of value going back to the locals.

A protest took place outside the Governor House where relatives of the bus passengers staged a sit -in disputing the figures of the deceased, claiming they were higher than reported.

Khudai Noor Nasar a multi-media journalist for the region tweeted the following, alleging that,

This could not be independently verified.

The Human Rights Commission of Pakistan (HRCP) released a statement condemning that attack, and also said it,

“denounces the overall lack of security and general lawlessness where the killers seem to have little problem in acquiring sophisticated weapons and uniform of security forces to facilitate their killing sprees, especially against bus passengers. Unlike the merely reactive measures on display since Friday night, the disturbing trend of attacks on bus passengers, often by culprits in security forces uniforms, need to be confronted by identifying and bringing to justice the groups involved.”

Earlier in May the Ismaili community were victims of a terrorist attack in Karachi when 6 gunmen approached on motorbikes boarded a bus near Safoora Chowk in Karachi shooting dead 45 people and wounding 13 others see following link,