Islamic State (IS) has published its latest magazine Dabiq no 8 (March 2015). There is further verification that Islamic State were likely responsible for the attack on the Bardo Museum in Tunisia and the attack on “two temples” in Saana, Yemen. They state,

“this month, the soldiers of the Khilāfah sent a forceful message to the camp of kufr and riddah, striking and terrorizing them in multiple lands, and with no visas, borders, and passports to stand in the way. Strikes were carried out in Yemen and Tunisia by men whose allegiance lies, not with a false citizenship, but with Allah, His Messenger, and the believers. They readily sacrificed themselves for the cause of Allah in their own lands, bringing massacre to the disbelievers and murtaddīn, not differentiating between them on grounds of nationalism.” 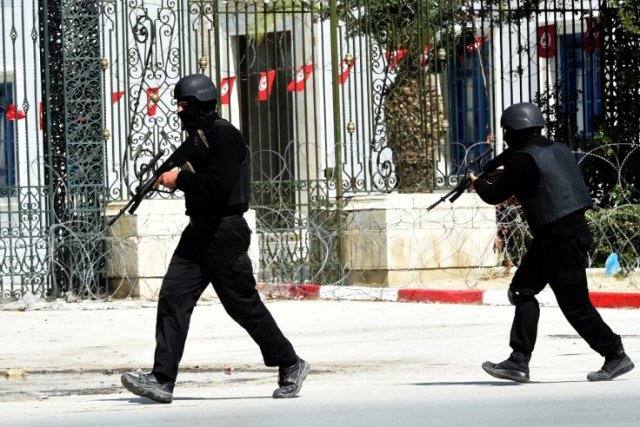 “in the city of Tunis, two soldiers of the Islamic State carried out an assault on kāfir tourists in the Bardo National Museum. The two mujāhidīn, Abū Zakariyyā at-Tūnusī and Abū Anas at-Tūnusī, were sent on their mission after having trained with their brothers in Libya and having declared their bay’ah to the Khalīfah (hafidhahullāh). They returned to Tunisia, bravely advanced towards the security quarter in Tunis, entered the museum – located across from the Tunisian parliament – and poured terror on the kuffār inside, killing more than 20 of them and injuring a dozen others. They then faced off against the local murtadd security forces with their AK assault rifles, hand grenades, and explosive belts, and were killed fī sabīlillāh.

The operation succeeded in bringing anguish to a number of the nations involved in the crusader coalition (Italy, France, Britain, Japan, Poland, Australia, Spain, and Belgium), after some of their own citizens became prey for the soldiers”

France 24 states that Tunisian authorities allege fighters from Okba Ibn Nafaa were involved in the assault and have killed nine men accused of belonging to the group saying,

“Tunisia’s Prime Minister Habib Essid confirmed later Sunday that one of the leaders of the group, Lokmane Abou Sakhr – an Algerian who was singled out as the organiser of the museum attack was among the dead.”

Protesters against terrorism take to the streets in Tunisia (Huffington Post)

Yesterday thousands of Tunisians marched through the streets of Tunis to the Bardo Museum protesting against terrorism. The demonstration was organized by the Tunisian government. A ceremony was also held to remember the 21 foreign tourists and one policeman who were killed in the attack and was attended by French President Francois Hollande and other world leaders. In a tightening up security, Demanjo reported, “Tunisian Prime Minister Habib Essid fired six police commanders, including the head of tourist security.”

Attack on mosques in Saana which killed 140 people

Islamic State gave further details alleging responsibility for attacks on the Badr and al-Hashoosh mosques which killed 140 people, injuring many more. The mosques were used by Shia Muslim Houthi group, backed by Iran which had taken control of the government in January 2015 with the President Abed Rabbo Mansour Hadi regime quitting in protest. He later fled to Aden. In Dabiq publication no 8 IS write, alleging,

“just two days later (referring to Bardo attack) in Wilāyat Sanaa, four soldiers of the Islamic State carried out coordinated istishhādī attacks against the Houthi murtaddīn in the city of Sanaa. They infiltrated two temples where the Houthis had gathered and detonated their explosives, leading to a massacre that killed over a hundred, including the top Rāfidī cleric Murtadā al-Mahatwarī and a number of Houthi leaders, and also injured hundreds more. At around the same time, a fifth mujāhid carried out an operation in Sa’dah, targeting a Houthi government building and detonating his explosives. Only days after the operations, the Americans announced that they had pulled the last of their special forces out of Yemen. These operations brought back memories of the blessed attacks ordered by Shaykh Abū Mus’ab az-Zarqāwī (rahimahullāh), targeting the Iraqi Rāfidah and killing their cleric Muhammad Bāqir al-Hakīm.”

They also launch a verbal attack on al Qaeda alleging,

“on the heels of this blessed operation in Sanaa and Sa’dah, the Yemenī branch of al-Qā’idah came out and exposed its two-faced nature by denouncing the attack and reaffirming their adherence to Dhawāhiri’s guidelines, as if to imply that the Islamic State’s operation was carried out against Sunnis in a public place of gathering not specific to the Houthis, when in reality the opposite was true. When one contrasts this blessed operation with al-Qā’idah’s attack on a Houthi rally in Tahrir Square in Sanaa last fall, the blatant hypocrisy becomes evident: Is it permissible for Al-Qa’idah – according to Dhawāhiri’s feeble guidelines – to bomb a Houthi rally in a public square, but forbidden for the Islamic State to bomb a Houthi gathering in a Houthi temple? Or is this distinction based on blind partisanship? May Allah accept all those mujāhidīn who fight, massacre, and terrorize the kuffār while not differentiating between them under the influence of irjā’ or on the grounds of nationalism.” 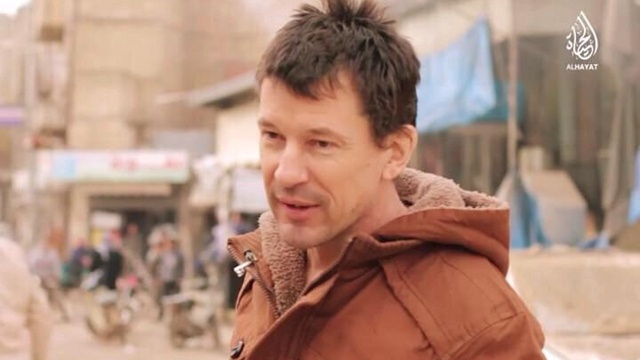 In the latest Dabiq publication there is also a further article from journalist John Cantlie who is currently held hostage by Islamic State. It his writing entitled “Paradigm Shift” he warns of more attacks to come, saying

THE ONLY QUESTION IS,

HOW MANY MORE WESTERNERS WILL DIE BETWEEN THEN AND NOW?

“The way things are going at the moment, the answer is many. France, Belgium, Denmark, Australia, and Canada, have all been the targets of mujāhidīn attacks over the last three months alone, and as more Islamic fighters from different groups in different countries pledge allegiance to the Islamic State, such attacks will surely only become more numerous and better-executed.”