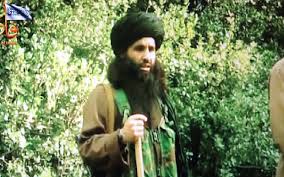 Recently, six top commanders from Pakistan Tehreek-i-Taliban (TTP) including spokesman “Shahidullah Shahid” announced their allegiance to Abu Bakar Al-Baghdadi of the Islamic State. The other five names are as follows:-

Shahidullah (who was not speaking for the rest of TTP or its leader, Maulana Fazlullah) gave commitment to “show allegiance to the commander of faithful, Caliph Abu Bakr al-Baghdadi Qureshi al Hussaini, and will listen and obey every order of you and will follow your orders regardless of what circumstances may be.”

Pakistani Taliban (TTP) has now issued a statement regarding Shahidullah Shahid who has allegedly pledged allegiance to IS which says;

As for the Baya to ISIS, Emir of TTP Central, Mullah Fazlullah has already cleared that our baya is to Emir al-Mominin Mullah M. Omar
Lastly, We will soon announce the name of our New Spokesman”

(Thanks to Pakistani journalist Ihsan Tipu for alerting me to statement)