Alan Henning: Open letter from Abu Muhammad al-Maqdisi, a Shari’ah ruling and an appeal from a revert sister 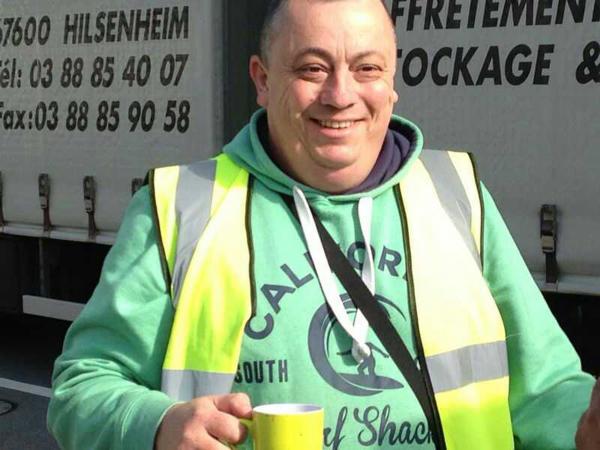 Over the last few days a series of appeals from a wide section of communities have been published and filmed calling for mercy for Alan Henning (47) from Eccles in Salford who was seized by the Islamic State (IS) while on an aid mission to Syria last December. His wife Barbara released a statement today pleading for his life saying,

“Alan is a peaceful, selfless man who left his family and his job as a taxi driver in the UK to drive in a convoy all the way to Syria with his Muslim colleagues and friends to help those most in need.

“When he was taken he was driving an ambulance full of food and water to be handed out to anyone in need. His purpose for being there was no more and no less. This was an act of sheer compassion.

“I cannot see how it could assist any state’s cause to allow the world to see a man like Alan dying.

Full statement can be read on the following BBC link,

“Alan Henning’s wife appeals to IS to release him”

IS hold a number of prisoners and have recently carried out beheadings on James Foley an American freelance journalist, Steven Sotloff an Israeli-American journalist and David Cawthorne Haines, a British aid worker. A British man known as “Jihadi John” is seen in the IS videos of the executions condemning the US/British “coalition with the United States against the Islamic States, efforts to arm the Peshmerga (Kurdish fighters) against IS and the bombing of the Haditha Dam dragging people into an “unwinnable war”.

The following letter from Abu Mohammad al Maqdisi obtained via Fouzi Slisli, (assistant professor in the department of human relations and multicultural education at St Cloud State University, Minnesota) draws attention to the case of Alan Henning, presenting a strong case for his release. Maqdisi is a Jordainian Palestinian writer and a renowned jihadi ideologue who was himself a prisoner for 5 years.

“I tell ISIS: Fear Allah on behalf of the Muslims and on behalf of their Jihad. This is not a question of interceding on behalf of a British man or on behalf of Britain, as some scoundrels try to portray it. We do not side or defend Britain who killed thousands of Muslims and oppressed millions by planting the jewish entity at the heart of Muslim lands. The issue is to defend Islam and Jihad from being deformed…. This British man [Alan Henning] came to Syria as a volunteer with a humanitarian organization that’s run by Muslims. Those Muslims promised him safety and they should be respected. He also entered Syria with the permission of the Syrians who also gave him safety. Is it reasonable that his reward is kidnapping and beheading?!! He came to assist Muslims in need and for this alone, he should be received with thanks and gratitude, not with beheading and injustice which Allah does not approve of.

They [ISIS] should not oppress humanitarian aid workers REGARDLESS OF THEIR NATIONALITIES. They should not punish a man simply for being a citizen of a state that oppressed Muslims, but look into the specific situation of each individual. This man came in peace to assist the Muslims and has no responsibility for the injustice committed by the state of which he is a citizen. ISIS and Muslims in general should distinguish between people like him [Alan Henning] and those who come to aggress the Muslims… Those who do not distinguish are not Mujahideen, no by Allah they are not! They are enemies of Jihad and work to deform it, whether they know it or not.” 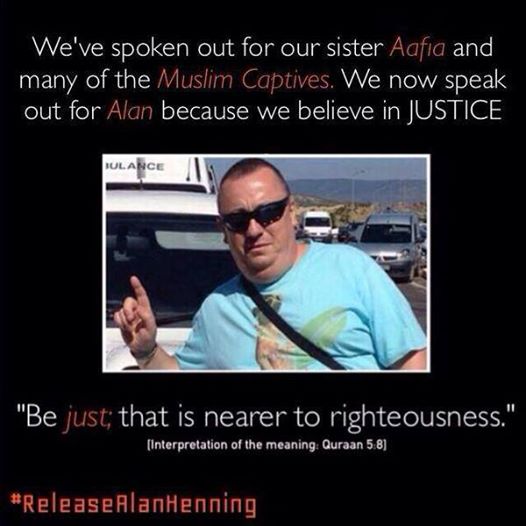 The following Shari’ah ruling comes again via Professor Slizli who uses social media to highlight well reasoned arguements why Alan should be released. Sheikh Hani Sebai who gives the ruling is an Egyptian Sunni scholar who has studied “comparative criminal jurisprudence” and is the founder and director of the Almaqreze Centre for Historical Studies in London. He is described by the Long War Journal as being “a longtime member of the Egyptian Islamic Jihad (EIJ).”

“Regardless of the fact that this man [Alan Henning] is a humanitarian aid worker, as far as Shari’ah is concerned, he was given safety by Muslims. It doesn’t matter therefore if he is a doctor or an architect or anything else. The important is that he was given safety by a group of Muslims, and even if he was given safety by ONE Muslim alone, his pact of safety would still be correct and should be respected. If those who hold him have proof that he is a spy, let them present that in front of a Shari’ah court and make those proofs public. What we heard from Muslims that we trust is that this British man was given a covenant of safety by a group of Muslims and this covenant is binding under Shari’ah.” 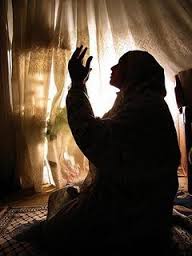 I appeal to you, Abu Bakr al-Baghdadi, as someone who came to know the beauty of the Qur’an whilst a Christian writing, independently to highlight human rights abuses such as the detainees in Guantanamo, the case of Shaker Aamer, the last Britain in Guantanamo, cleared for release but still in captivity in very poor health and also the case of prisoner Aafia Siddiqui to name but two. It was through daily contact with Muslim communities and seeing their faith and commitment to helping others that I came to revert to Islam earlier this year. I appeal to those who stand up for Alan Henning to speak up also for Shaker, Aafia and others denied their freedom, their dignity and their rights.

As a victim of US “collateral damage” myself, a widow that has witnessed first hand the injustice of so called “western democracies” I can understand why Alan Henning felt impassioned to act in a practical way joining an aid convoy to Syria. I have been involved in aid projects myself to other parts of the world and was Executive Producer of the documentary “Incident in New Baghdad” which highlighted the story behind the Wikileaks “collateral murder video” the killing of innocent civilians, including children by the crew of an Apache helicopter gunship.

There are many who see the horrors of Afghanistan, Iraq, Syria, Gaza, Kashmir, Pakistan, Myanmar and do nothing. They will never understand the pain and suffering of those that rely on civilian aid initiatives nor will they ever face the risks of joining an aid convoy. Alan put whatever fears he may have had behind him unselfishly to help others in the spirit of Islam… he already has the heart of a Muslim.

How will we bring more people to Islam, to the wonder of the Qur’an, to our deen if people such as Alan are killed for their kindness, for being the very people that DID NOT TURN AWAY. That can never be right. The Qur’an guides people and shows Islam is love, mercy and respect for life…. Alan Henning has only ever helped Muslims in need.

The Quran teaches us,

“verily this Qur’an does guide to that which is most light and gives the glad tidings to the believers who work towards righteousness, that they shall have a magnificent reward”

“and to those who receive guidance; he increases the Light of Guidance, and bestows on them their piety and restrains from evil”

13 Responses to Alan Henning: Open letter from Abu Muhammad al-Maqdisi, a Shari’ah ruling and an appeal from a revert sister