“Holocaust” not exclusively Jewish… we must remember haemophilia holocaust and others 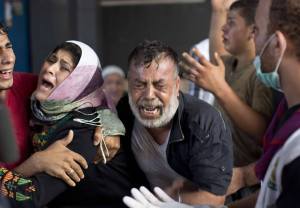 It has long been a concern of mine that the word “holocaust” is viewed by many as a term that can only be used in association with the terrible atrocities perpetrated by the Nazis against the Jews during World War Two.

Holocaust is defined as follows:-

1) destruction or slaughter on a mass scale, especially caused by fire or nuclear war,#

a Jewish sacrificial offering which was burnt completely on an altar.

There is also “the holocaust” which refers to the genocide of approximately 11 million innocent civilians including 6 million Jews under the regime of Adolf Hitler which occured predominantly between 1941 and 1945.

Say the word “holocaust” and often it is automatically equated with the word “Jews”. However the terrible slaughter of that period also included extermination of Gypsies, Roma (samudaripen, mass killing), Slavs, communists, homosexuals, the mentally and physically disabled and others.

As someone who has visited Auschwitz and openly wept during my exploration of the two sites, Auschwitz-Birkenau, I vowed always to speak out against discrimination and injustice.

It is impossible to forget the enormous piles of suitcases, spectacles, face cream, toothbrushes, false limbs and hair, from floor to ceiling, taken from those transported daily to the concentration camps via the death trains. Who could block out the horror of standing in the “shower room” where naked women and children were herded to cleanse themselves in false hope before realizing the ultimate terror of the gas chambers.

Primo Levo, author and holocaust survivor said, “I am constantly amazed by man’s inhumanity to man.”  He also stated, “monsters exist, but they are too few in number to be truly dangerous. More dangerous are the common men, the functionaries ready to believe and to act without asking questions.”

During my lifetime I have noticed a ghastly exclusivity claimed by some in relation to the word holocaust, especially among Zionists in Israel who will use intimidation and emotional blackmail in an effort to portray themselves as the foremost bearers of inherited suffering as if there was some gross, measurable scale. There is a high risk of being labelled a holocaust denier if one even suggests that total “ownership” of a word is to deny the deaths of thousands of other victims in different “holocausts”.

I would never deny the Jewish holocaust but I will ensure that questions are raised and ALL other holocausts are remembered. When people talk of holocaust dont forget to ask “which one”?

Let us remind ourselves of other genocides which could be termed a holocaust. Here are a few but by no means exclusive, mass killing of Native Americans, Aborigines, Blacks slaughtered as a result of slavery. Then we have the crimes committed during colonial times, massacre of Indians, Malaysians, Mau Mau and many other peoples and communities. The extermination of the Rohingya today could justifiably be termed a Muslim holocaust and genocide against both Christian and Muslim communities in African countries deemed holocausts too. We also have the wars initiated by the US and her allies in Iraq, Afghanistan, Asad’s terror on the Syrian population, murder of civilians in Egypt Kashmir, Libya and sectarian killings. There is also a case for including cumulative drone assassinations destroying the lives of many innocent people, written off as “collateral damage”.

What exactly constitutes a “mass scale” catastrophe which would indicate a “holocaust” is up for debate as there are no defined figures in terms of numbers of victims. Are we talking tens, hundreds, thousands, ten of thousands… the important thing is that we keep on talking and highlighting atrocities.

Take the current Israeli assault via shelling, artillery fire, bombs and drones on Gaza for example which has now reached 1,230 deaths, with over 7,000 injured, mainly defenseless civilians in private homes, hospitals, schools and including many women and children. The Israeli army offensive against a people that have no army of their own (though there are Hamas “resistance fighters” or “terrorists” depending on your viewpoint) has shot, incinerated, blown apart and decapitated innocent people trapped in what is known as “the world’s largest open air prison”. There is nowhere to shelter from the onslaught. So should we label this a holocaust? 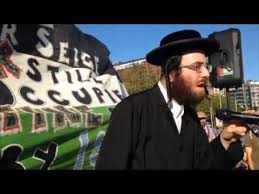 Rabbi Cohen of Manchester who opposes Zionism, stated at a pro-Gaza rally last week that “the Zionists don’t represent Jewish people, they don’t represent humans at all”. He also stated the following,

This is an important recognition of the atrocities committed against the people of Gaza as a “holocaust” by an Orthodox Jew who understands the strong significance of the word.

Another key example of a “holocaust” is the global haemophilia community as referred to in a court of law. This was a patient group that were deliberately subjected to biological suffering on a vast scale…. individuals (mostly males but not exclusively) that were born with a blood clotting deficiency… and their families who cared for them. Haemophiliacs were subjected to mass unethical experimentation with deadly viruses, family members injected with US prison blood, labelled “treatment” against the Nuremberg Code. The irony is, these ethical guidelines were brought in following earlier such medical experiments carried out by the Nazis on Jews and others at Auschwitz.

In a nutshell, US prisoners were injected with HIV and hepatitis viruses to study them as live subjects for progression of diseases…. in return they were given a small reduction in their prison sentence. These infected prisoners were then allowed to sell their blood to international pharmaceutical companies even whilst glowing yellow with liver disease, falsifying their names using a local Arkansas telephone directory. (This is one of the scandals in Bill Clinton’s closet when he was governor of Arkansas) one of the main prisons used in this multi -million dollar industry.

Lawyers and activists spent years researching to discover that this was not some “unavoidable accident” as was originally suggested by culpable governments to avoid liability payouts for “negligence” and “unlawful killing” but wide scale unethical research programmes which infected and affected approximately 1 million victims globally. Haemophiliacs too met their “Dr Mengeles”, there were many like the infamous doctor at Auschwitz that considered it cheaper to research on patients than chimpanzees! How do we know this? The doctors, wrote it in their minutes which the Department of Health later tried to trash to avoid detection!

It was a relief to many when legal representatives and media began to call this catastrophe the “haemophilia holocaust” as it summed up the enormous impact on a close knit community where “bleeders” young boys often went to special boarding schools together for those with disabilities and entire classrooms of children were virtually wiped out. Sometimes all that remained was a lone survivor in a school photo, the rest of the youngsters buried six feet under! Some deaths are swift and brutal, others are slow and torturous, haemophiliacs covered both camps…

For many years the media inadvertently colluded with corrupt governments giving a false narrative until extensive research proved this was no “unavoidable” accident. This avoidable holocaust is classed as the the “worst medical treatment disaster in the history of the National Health Service (NHS)” in Britain and justice is still awaited by affected families.

The discussion of the word holocaust in its broadest sense is not meant by any means to diminish the power attached to this term or the Jewish Holocaust but rather to highlight that we must do more to both recognize and address such destructive events and make those responsible, accountable for their actions in society.

Holocaust Memorial Day in the UK does address this issue and this quote is taken directly from the official website,

“Holocaust Memorial Day takes place on 27 January each year. It’s a time for everyone to pause to remember the millions of people who have been murdered or whose lives have been changed beyond recognition during the Holocaust, Nazi Persecution and in subsequent genocides in Cambodia, Rwanda, Bosnia and Darfur. On HMD we can honour the survivors of these regimes and challenge ourselves to use the lessons of their experience to inform our lives today. 27 January marks the liberation of Auschwitz-Birkenau, the largest Nazi death camp”

Two quotes on holocaust spring to mind…lessons for us all. The first is from The boy in the striped pajamas (John Boyne) which says, 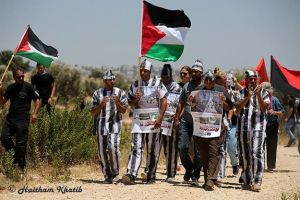 This reminds me of a demonstration recently in Bilin where Palestinians protesting in support of Gaza turned up in striped pajamas usually associated with Auschwitz to make their point regarding the oppression inflicted on those living in the Gaza Strip.

The second quote is from the late Iris Chang in her excellent book, The rape of Nanking, in which she states,

“as the Nobel laureate Elie Wiesel warned years ago, to forget a holocaust is to kill twice.”

Therefore we must make every effort to ensure that all injustice is exposed and no victims are forgotten!